Created by Torbay Council in the early 1980’s Clennon Valley Lakes providing a nature reserve for wildlife but equally a place for the local community to use and enjoy. The nature reserve areas were fenced, planted with saplings. Paths and benches around the lakes provided a place for people to stroll and enjoy the area and its wildlife. Some management was carried out initially by the council and a few local volunteers. With the exception of emergency work and clearing of watercourses little or no environment

The lakes and immediate surrounding area are a designated County Wildlife Site. Clennon Lakes are Torbay’s most important wetland site, and a home for many species found nowhere else in Torbay adding greatly to the bays biodiversity. However the lack of habitat management for more than 30 years saw the lakes gradually becoming overgrown, even turning back to scrub and woodland. The muddy footpaths were almost un-walkable during the winter. There was a real risk the lakes themselves would disappear - the most important part of this pocket nature reserve lost. A group of regular walkers recognised that something needed to be done, as a result in 2015 the Friends of Clennon Lakes was formed.

Today more than 60 (???) people pay a nominal membership/supporters subscription which pays toward important insurance for the group’s volunteers and equipment. Most importantly the group holds monthly work parties (on the first Sunday of every month 8.45am-12noon) which are regularly supported by between 20-28 hard working volunteers, with additional work being carried out on weekdays by smaller numbers of the group. The amount of work completed in the first few years is very clear to see, helping to make the lakes a better place for wildlife and people. Indeed the hard work has been recognised during the Britain in Bloom competition ‘ In your Neighbourhood’ category - in 2017,2018 & 2019 the Friends of Clennon Lakes were presented with an ‘outstanding’ certificate and helped Paignton achieve a gold award. The group also received the south west region London and Manchester Trophy for ‘outstanding environmental initiative’ in 2019.

The group has successfully applied for several grants and awards which have greatly aided a number of projects including purchasing specialist equipment (waders, saws, strimmers), resurfacing the muddy footpaths, some interpretation, building a bridge, buying a punt to help the group work in deeper parts of the lakes, building and putting up nestboxes and benches, and an artificial kingfisher nesting bank. Future plans include enhancing wildlife viewing opportunities and eventually major silt dredging which will secure the lakes future for both wildlife and the local community.

The Friends of Clennon Lakes are determined to keep the lakes as a thriving wildlife haven, great place to walk and even provide a valuable educational resource. The best way to discover the site and its brilliant wildlife is to take a walk around. If you want to help the group please consider becoming a member and perhaps even a work party volunteer, you’ll be made very welcome.

Situated on the south side of Clennon Valley playing fields and just north of Hoburne Devon Bay Holiday Park. The nearest public parking is Torbay Leisure Centre car park (also known as Clennon car park). From here exit the car park opposite the entrance to the Torbay Velopark and follow the hardcore track west around the edge of the Velopark fence line. The track ends near a Green storage container belonging to the Friends Group. Now follow the stream west to view the lower lake and join the footpath.

Where to find us 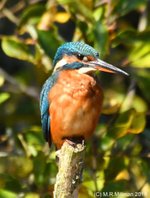